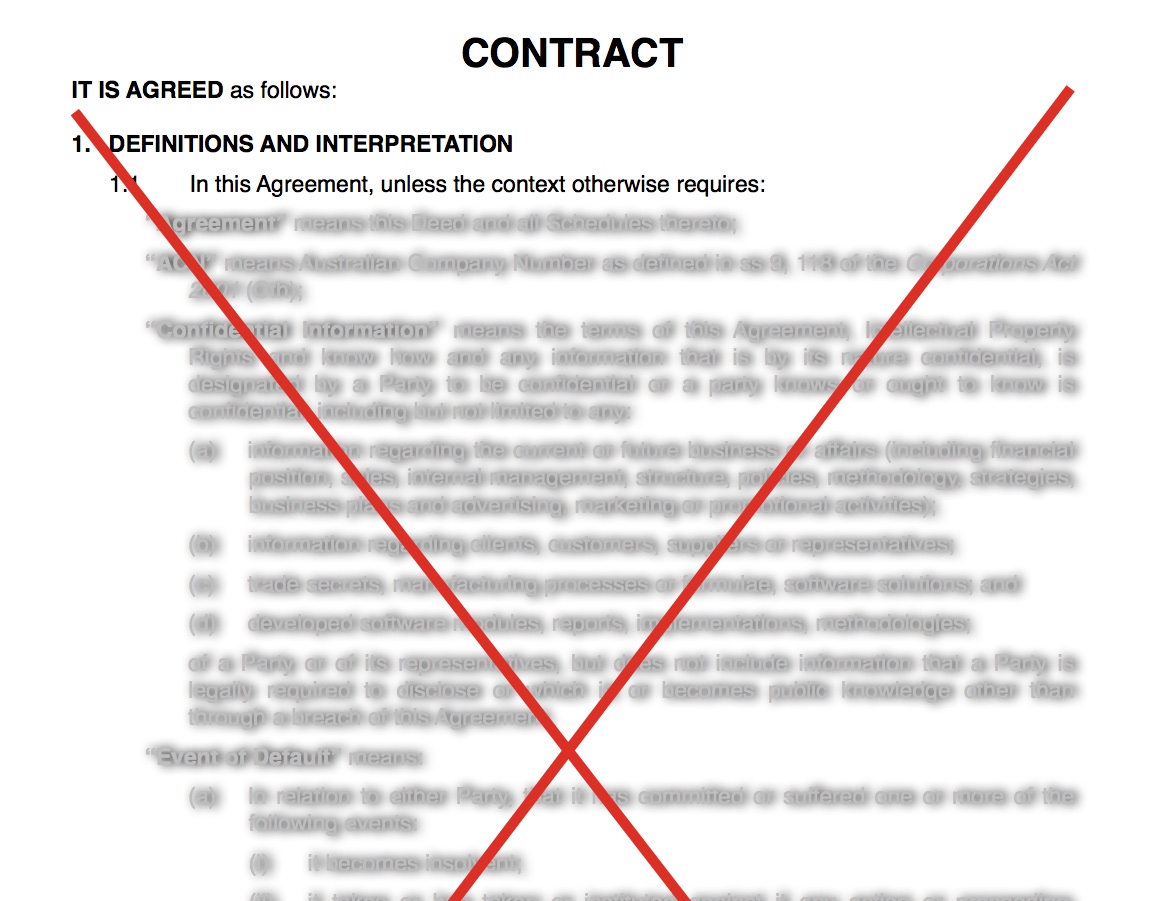 Are you ready for the new regime?  If you are a small business, or deal with small business you need to be on top of the changes being introduced by the Unfair Contract Terms laws commencing on 12 November 2016.  The changes will extend protections now only afforded to consumer contracts to small business contracts.

The new law states that a term in a small business contract is void (treated as if it does not exist) if:

What is a small business contract?

A small business contract is a contract:

What is a standard form contract?

A term is unfair if all of the following tests are satisfied, the term:

It is the Court that determines if a term is unfair and therefore void.  In determining if a term is unfair the Court may take into account such matters as it thinks relevant, but must take into account the extent to which the term is transparent (expressed in plain language, presently clearly and is readily available to any party affected by the term) and the contract as a whole.

The types of terms that may be unfair include: